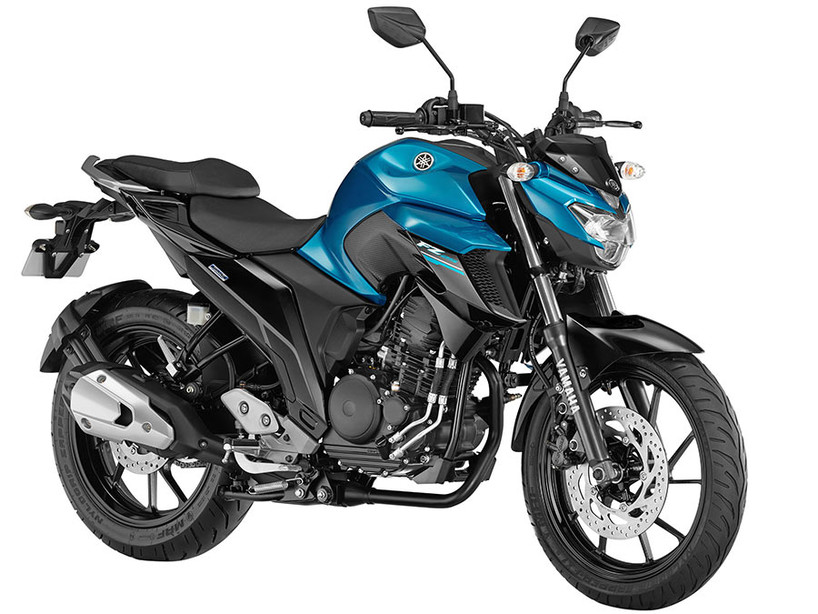 Buying a bike in India has gone through its phases. You could’ve easily purchased a bike with a nifty set of features for under Rs 1 lakh a few years back. In 2017, people aren’t shying away from spending big bucks on bikes, which is why bikes like the Bajaj Dominar, Duke 250 and the Yamaha FZ25 have made their way in.

Priced at Rs 1.19 lakh (ex-showroom Delhi), Yamaha has finally bumped up its power game with the 250cc powered FZ25. This naked bike packs in new features, and yet keeps the frugal nature of the Indian buyers in mind. So, does the FZ25 offer you an upgrade from the 150cc arena?

Finally, Yamaha opened its eyes to India and brought its B-game to the country, with its first 250cc-powered bike, the Yamaha FZ25. This bike is an upgrade, compared to all other Yamaha FZ and Fazer bikes, for its quality and definitely the speeds it can touch.

For this price, you get LED headlamps, which nobody else can boast of. But what’s good to see is that Yamaha has given this speedster a soul of a daily commuter.

You get disc brakes in front and at the rear, with 282-mm and 220-mm respectively. These are only lower than what the Bajaj Dominar offers, which is much more expensive than the FZ25.

The FZ25 is not only rider-friendly, but works out nicely for the pillion rider too. This is one qualm we have with sports bikes – they don’t care about the person sitting at the back. Thankfully, Yamaha does.

The 249cc fuel-injected engine is mated with a 5-speed transmission. You only get an electric starter to start the bike. The digital speedometer gives the rider all the information he/she needs.

Talking about the quality of the ride, we took the FZ25 for a long ride (250 km to be precise), and barring a few jittery moments (we’ll come to that later), the ride was a comfortable one. The footpeg and handlebar feels the force of speed, but nothing that’s going to make you feel uncomfortable.

With company claimed mileage of 43 Kmpl, the FZ25 takes care of those who might want to know, ‘kitna deti hai’, and with a 14-litre fuel tank, that’s a big relief. It gave us about 34 kmpl in real world conditions, including high-speed runs.

Yamaha FZ25 is a naked bike, which directly leads to wind burst that affects the riding balance. For a bike that goes up to 120 km/hr, we’ll never understand why the FZ25 weighs only 148 kg. This is not even close to the kerb weight of a Pulsar 200, let alone the Royal Enfield Classics.

Weight is a big factor and directly relates to the speed of the bike. Being underweight plays a big role in making the bike feel less comfortable while notching up speeds above 90 km/hr.

Even though you get a digital speedometer, its size leaves us wanting for more. Yamaha hasn’t added a gear-shift indicator. Also, for some reason, Yamaha has decided that a 250cc bike doesn’t need to have an Anti-lock Braking System (ABS), and we’ll never know why it took that call. Safety is a big concern for two-wheelers, especially in India, and Yamaha has missed the trick in this one.

The FZ25 is the naked version, lightweight bike, that looks similar to other FZ bikes, but still stands apart, thanks to its LED headlamps. You get disc brakes on both the sides, no ABS though, which is a big miss in this price segment.

If that doesn’t deter you, and if you don’t want to go higher with your budget, the Yamaha FZ25 is worth a shot.

(The Quint is now on WhatsApp. To receive handpicked stories on topics you care about, subscribe to our WhatsApp services. Just go to TheQuint.com/WhatsApp and hit the Subscribe button.)